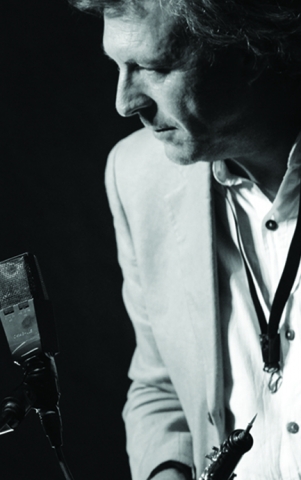 The considerable variety of his interests and artistic experiences, his versatility as far as his professional and teaching commitments are concerned, together with his sound academic background have made Mario Arcari into a very special musician on the Italian scene.

After having completed his studies (in 1977 he graduated in Oboe from the G. Verdi Conservatory in Milan with Maestro Visai), and his first engagements in symphonic and operatic orchestras (at RAI, Pomeriggi Musicali, Angelicum, and Orchestra Regionale delle Marche), he began to patronize different musical milieus: from refined avant-garde to jazz, from folk music to songwriting, and as a composer of soundtracks for plays and ballet, into a flow of artistic partnerships and significant encounters that have led him to play the clarinet, the saxophone, the piano, recorders and countless other wind instruments coming from all over the world in addition to the oboe and the English horn. In the ‘80s he was a member of one of the first “heterodox” Italian jazz orchestras, Dino Mariani’s DOM, of G. Mazzon’s Gruppo Contemporaneo, and of R. Ottaviano’s “Six Mobiles”.

He has taken part in some of the most important Italian pop artists’ recordings and tours: Fabrizio De Andrè, Ivano Fossati, Vinicio Capossela, Fiorella Mannoia, Gino Paoli, Massimo Ranieri and Tosca and many others. His research concerning folk music made him play with names like Moni Ovadia, Mauro Pagani, Demetrio Stratos, Teresa de Sio, AREA, Canzoniere del Lazio, and PFM. He has held Master’s Degree lectures on the “Third Stream” at the Conservatory of Brescia, at the Conservatory of Fermo, at the Conservatory of Piacenza, and at Liceo Musicale in Parma.