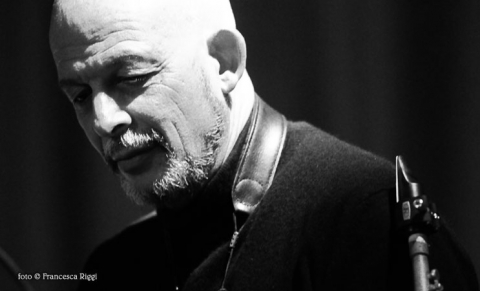 From 1980 to 1986 he attended courses of Composition and Theatre Music Analysis held by Sylvano Bussotti at the Music School at Fiesole.
In 1985 he was awarded the "De Paoli" prize for composition; in 1986 he was awarded the second prize at the Composition contest for Jazz Orchestra, in Barga.
In 1995, he won the first prize at the "New Trajectories" in Como, for the best work combining music and poetry and in 1999, the "Franco Evangelisti" prize for a composition for orchestra, founded by Nuova Consonanza, in Rome.

As a performer and composer he has taken part in important national and international performances, such as the Estate Fiesolana (the Summer season in Fiesole), the Festival Pontino, the Autunno Musicale di Como (the Autumn Season in Como), the Biennial International Exhibition of Music in Venice, the Monday Evening Concerts in Los Angeles, the La Mama Theatre Festival in New York, the Koninklijk Conservatorium Festival in The Hague. AterForum Festival in Ferrara, Ravenna Festival, Scarlatti season in Naples, Piccolo Regio Theatre in Turin.

As a performer and arranger of jazz orchestral music, he has worked with musicians of international renown, such as Joe Henderson, David Liebman, Kenny Wheeler, Misha Mengelberg as well as with outstanding soloists and Italian formations. Claudio Lugo was the art director of the Orchestra Nazionale of the AMJ (1999-2001 Jazz Musician Association) and art coordinator of the italian-french ensemble Assemblage. He is the leader of Impressive Ensemble, a border line notated/improvised music group. He collaborate with Ensemble Dissonanzen in Naples as musical conductor an saxophone player.