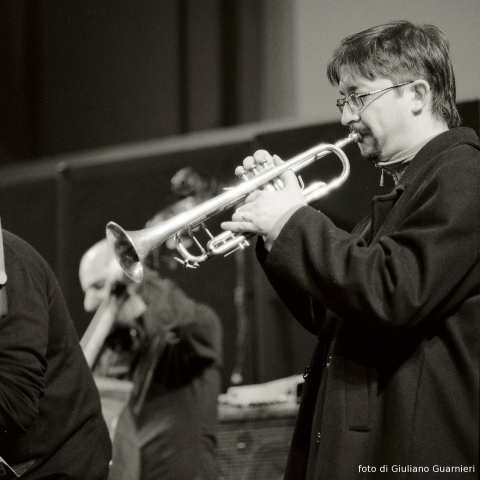 Graduated from Florences Academy of Music in 1992 and subsequently studied under P. Thibaud, Luca Marzana and Emanuele Antoniucci. In 1999, he received his degree in Philosophy at the University of Florence.
He is one of the founding members of Timet, a 10-year collaboration that led to his contribution as a performer and composer on several of the group-s highly original works.

In 2005 he founded with Alessio Pisani the GRIM-Italy (Musical Improvisation Reserch Group).

Since 2005 teaches improvisation at the Conservatory of Padova, Italy
Since 2007 he teach Improvisation and Composition at the Conservatory of Padova
Others: - May 2008, Winner of the Silver Terry Award for the original music of "And They come to Chicago" - Modiomedia production
Compose the original music of "Il dolore" di Marguerite Duras, with Mariangela Melato, director Massimo Luconi.
July 2008, publish "Musical Research through young bodies", Perspectives of New Music, Volume 46 n.1 Winter 2008