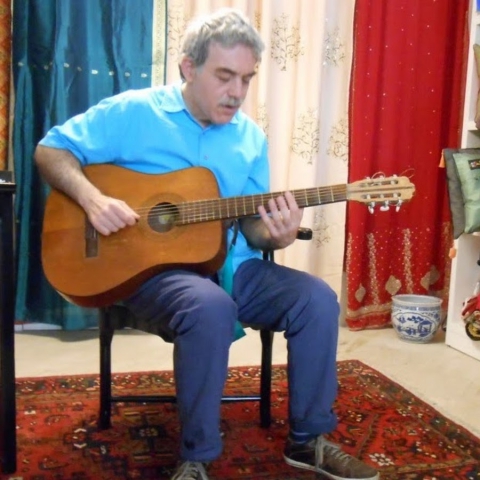 Eugenio Sanna guitarist was co-founder of CRIM (Centro per la Ricerca sull'Improvvisazione Musicale) in Pisa, Italy in 1976. Since that time he has been an active music improviser having  worked with the leading artists in this genre.  A sought after performer he has appeared in music festivals throughout Europe.  Sanna is also known for his collaborative works with theater groups such as Giuseppe Chiari's Fluxus, and Flavia  Bucciero's Movimento In Actor. Sanna has been a guest performer and lecturer at New York  University, as well as in the NYU Summer Music,  Dance and Technology Program in Italy. His articles have been published by Jazz Magazine(France), Museo Teo-Art Fanzine (Italy) Sottotiro Review( Italy), Jazz 360 (Switzerland), and Blow Up (Italy). Sanna has recorded for labels including Splash Records, Burp Sonic Inventions, WM Boxes Ed., Ada Records, and AFK records